The round table organized during this "Water and Adaptation" Day allowed presenting real examples of adaptation projects in different basins in China (Hai River Basin), India (aquifer management), Mexico (Mexico Valley), South America (ECOCUENCAS project), the Senegal River (OMVS), the Niger River (NBA), the Congo River and its tributaries (CICOS) and Morocco (ABH) and the platform of pilot basins to test adaptation measures, led by UNECE and INBO : These projects show that we can act quickly if the stakeholders are getting mobilized !
Some flagship projects of water resources adaptation to climate change 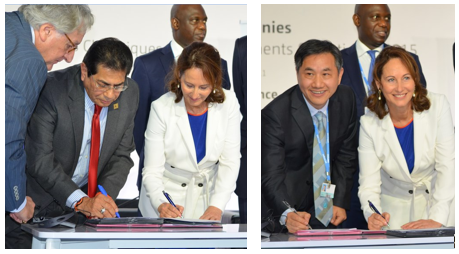 See all the photos of the Signatures of the Paris Pacte