The 20th Europe-INBO International Conference organized by the Group of European Basin Authorities for the Implementation of the European Water Directives will be held in a face-to-face format from Monday 26th to Thursday 29th of September 2022, at the Imperial Palace (Annecy, FRANCE) at the invitation of the host and partners of the event:

The event welcomes representatives of EU Member States, national and regional water directorates and administrations, hydrographic district authorities and basin organizations, as well as representatives of EU candidate countries and countries of Eastern European, the Balkans, the Caucasus, Central Asia and the Mediterranean basin and other stakeholders interested in basin management and in the implementation of the Water Framework Directive, its "Daughter Directives" and other related policies, directives and regulations.

Join us and share your experiences on the themes addressed by this on-site event with simultaneous French / English interpretation!
(with the exception of the first of the two sessions of the workshop “Water in mountains”, which will be in French only) 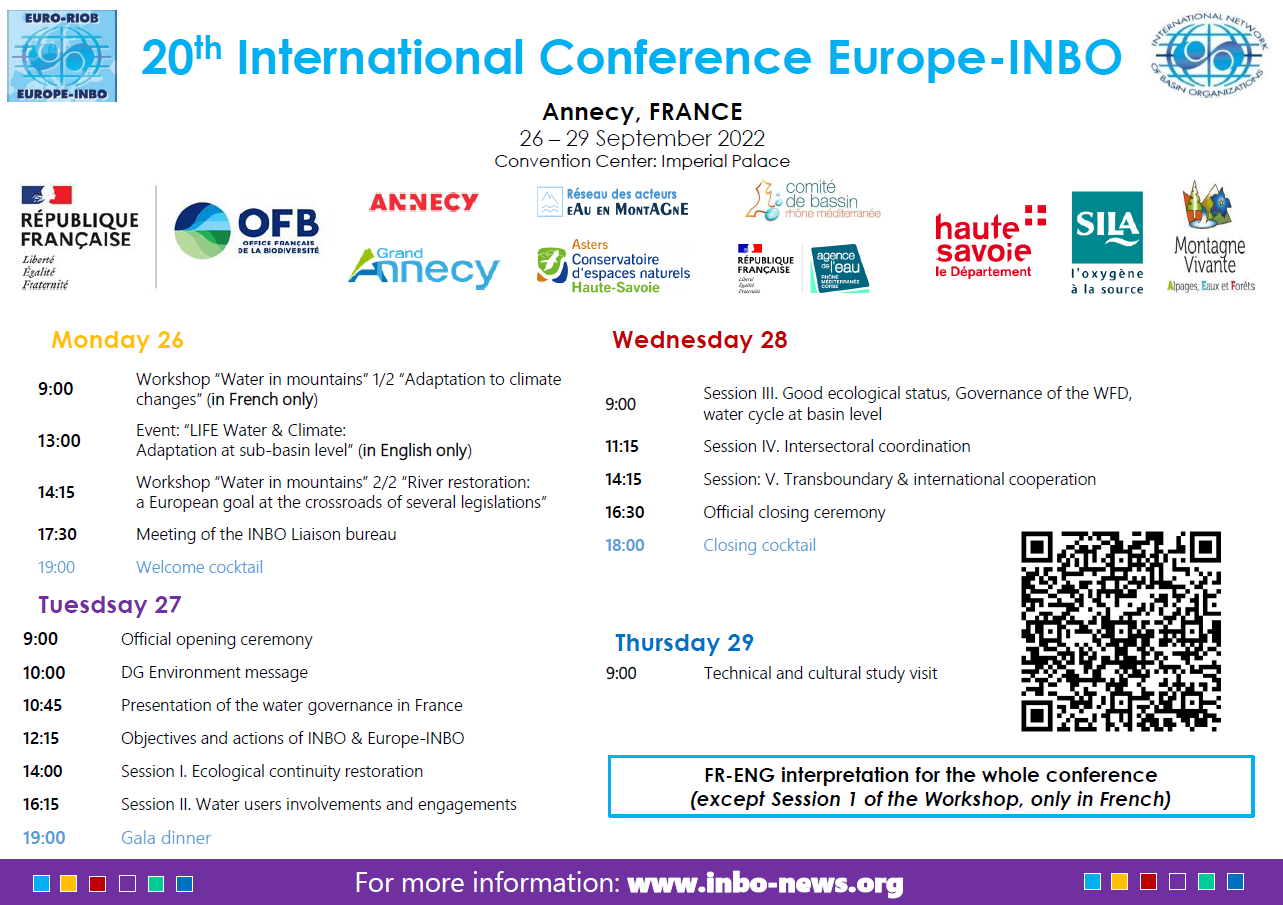 2- River restauration : a european goal at the crossroad of sevral legislations