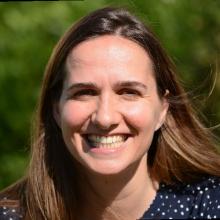 See all the stories

What is space hydrology? What is the role of satellites in measuring the impact of climate change and on water resources?

Space hydrology consists in using satellite observations to extract useful information for water. It can concern both rainfall and soil moisture measurements. There is also space altimetry, which provides measurements of water elevation, a notion of water height. It can be observation and imagery to see where the water is: all these activities are of interest to hydrology in the broad sense.

The advantage of satellites is that they provide global, spatial data, and they give a 2-dimensional view of what's happening on Earth. It is a homogenous measurement over the entire globe. What we see in France, we see just as well elsewhere.

In the context of the impact of climate change, space is very much used: for example, it is what has made it possible to see the rise in sea level. In continental areas, we can see the evolution of coastlines and the morphological evolution of rivers. All these parameters have been measured for some time, we have had images for almost 30 years with LANDsat, and this gives us a guarantee on the continuity of the data in the future.

This makes it possible to monitor the evolution of the data in the very short term, over the last few years, of what is happening on Earth. We can get an initial estimate of the developments and initial impacts.

How does space technology serve water management and science?

On the science side, the CNES (Centre National d'Etudes Spatiales, the French Space Agency) has very strong links with the whole French scientific community, and supports research programmes to understand what we observe, to have algorithms, treatments to extract new information.

There are real consultations between the scientific world and the CNES. This Science-Spatial communication channel works very well.

On the other hand, in the field of hydrology, the use of space by water players is not something they are used to, there is a need to raise people's awareness: it is always difficult to make a field hydrologist understand that with a satellite at an altitude of 800 km, you can have parameters measured precisely.

There is a whole phase of explanation, of demonstrating what space can do, of discussion and exchange so that we can adapt our products and make them easier to use, and so that the expertise required to use the products is less. All this is under construction: this is the goal of the "Space Hydrology" group which is led by IOWater, to bring together the actors of science, institutional actors, private individuals, around common stakes to really understand what space can bring and to see how they can use it and appropriate it to make applications and services.

What is the importance of international cooperation in the field of space hydrology?

Could you give three concrete examples illustrating the importance of knowledge, innovation and information sharing?

On space hydrology, the current driving force is the future SWOT (Surface Water Ocean Topography) satellite. It is the first altimetry satellite dedicated to continental waters: all the instruments on board are designed to provide a more accurate view of continental waters, and to provide a nearly global coverage. This satellite is both a revolution in science, but also in the applications that we can have on the water. It is a driving program, funded by the French "Investment for the Future" Program, which, because of the application issues involved in making people aware of these data and space hydrology, is a program that is being carried out in partnership with NASA in the United States and the Canadian Space Agency. So there is a whole network of what we call "early adopters", people who are not necessarily aware of this SWOT fact but who are being sensitized, whether they are in Pakistan, in France, in Africa, in different parts of the world. This satellite programme is very structuring both from a scientific point of view and for future uses.

On the hydrology part, most of the spatial data are free and available to all. For example, for the project carried out on the Congo Basin, which is a transboundary basin, in situ measurements are the property of the States, but spatial data do not know borders, which facilitates exchanges since we have information that is available to all and which will be more easily accessible by the States since everyone is informed.

Spatial data can thus serve as a vector for communication, sharing and facilitating the sharing of information because everyone has access to it. In Europe this is very structuring with the Copernicus programme: the EU finances projects for Europe so that there is a real appropriation and monitoring of the different parameters on continental surfaces on a European scale. There are many projects, particularly on snow, which in Europe is a very important point: it is the stock of snow that we have in the mountains that will determine the water that will melt, as well as the management of dams to collect all this water that melts and is stored for low-water periods. All these considerations in Europe are quite crucial, and space brings this global and uniform vision.

In the past, you have worked mainly on large rivers; what about your work on smaller areas?

The CNES is funding a project in the Amazon area: could you present it to us?

This has necessarily evolved because with the Earth observation satellites of the Copernicus programme, we can have resolutions of 10-20 metres. This makes it possible to detect relatively small rivers. If we look at the altimetry part, until now we were somewhat limited by the width of the rivers that we could observe, because the satellites were originally designed for the oceans, we hadn't thought that we could use this data on Earth.

But we have demonstrated that it works, and this is where the future SWOT satellite, which is adapted to it, will make it possible to observe continental waters, rivers that are between 50 and 100 metres wide. The technologies that are arriving make it easier to observe smaller rivers, originally planned for large rivers such as the Amazon. Now, both technology and algorithms are improving the accuracy and the smaller size of the objects that can be observed.

The CNES supports, via funding and human resources, activities on the Amazon because we have a very strong partnership with the IRD and in particular on the altimetry part, it is Stéphane Calmant from the IRD, a reknowed scientist, who is in charge.

Every year, we organize a meeting on SWOT, this future satellite in South America, which brings together the entire South American community interested in hydrology and space altimetry, and which is involved both in the future use of the data and also to help validate and calibrate the data. That is to say, the spatial data we have to know the error we are making, we need to compare with in situ data. These data are used to verify that what we observe is good and to be able to quantify the error we are also making. On these projects, we have privileged relations with South America.

In your opinion, in what way is INBO an important network at the global level, in this field of knowledge sharing?

The story with IOWater started in 2013 when my colleague Selma Cherchali organized a symposium on the use of space, the spatial contribution to water issues; on this occasion she had involved IOWater, AFD and this workshop had been a real success that had interested different stakeholders from different horizons.

Following this workshop, there had been a meeting with the AFD, CNES and IOWater where, during the exchanges, they concluded that there was something to do with space and the idea came to form this space hydrology group whose secretariat is provided by IOWater.

At the first meeting, IOWater invited actors whom it knew, scientists whom it knew and people from the private world who were working on common issues. It had been decided to take the Congo Basin as the first pilot basin because it is the second largest basin in the world and most certainly the least instrumented because of problems of financial and human resources to be able to maintain the network in place, but also because of problems of accessibility, because these are complex access areas: space naturally has its place since it allows to go against these access problems. The partnership with IOWater started like this, Christophe Brachet was convinced of what space could bring, and now he is communicating in this sense because he sees clearly, especially on the altimetry part of water level measurements, that there is really something to be done to optimize the in situ networks, in addition to satellite data, and also to optimize the networks and means that are put into them.

We keep each other informed of the various actions that could be taken. We had a meeting with IOWater and UNESCO for the monitoring of water quality. We have close relations with common issues, which are win-win-win for everyone. IOWater has an international presence and a knowledge of the basins and the stakes of each basin that we do not have because it is simply not our job and so we complement each other and feed ourselves by sharing knowledge.

INBO is a point of exchange between the various stakeholders who have the same problems: to take decisions which are more and more pressing in the face of climate change. For that, qualified data are needed, which can be used and shared, to have answers really adapted to a territory and its stakes.

This network therefore has the opportunity to offer this sharing of knowledge and in this context, my presence here is to make space known. It's not necessarily that spatial data is not available, it's just that we don't necessarily know that it exists and how it is used. Because all data, whether in situ or spatial, has a field of application, and you have to know how to use it wisely. In some cases, spatial data will not be able to meet certain challenges, while in others they will on the contrary be able to provide assistance and relevant elements for the various players.

The purpose of my presence: to make this potential known, knowing that afterwards there is always a need to explain, to train, precisely to break down the barriers that may appear.