EeTestudio has been working since 2015 in Mexico City to meet the urgent need for urban development adapted to the current environmental context and at the same time to combat the problems of frequent flooding and, paradoxically, the lack of consumable water in the city. To this end, the company has developed and implemented various types of green infrastructure that allow rainwater to infiltrate Mexico City's subsoil, thus recharging the underground aquifer. Thanks to the filtering gardens, street runoff is collected, filtered and then penetrated into the ground through porous permeable layers. The latter are the support of endemic vegetation, filtering the pollutants contained in these waters.

EeTestudio seeks to advance the attention paid to green infrastructure by incorporating it into urban planning. Thus, its projects contribute to the implementation of the strategy proposed in the Michel Hidalgo Delegation's (local government) Water Planning, which consists in regenerating ecosystem services in the city to fight against floods and recharge the water table under Mexico City. The green corridors thus created make it possible to rehabilitate the urban ecosystem.

As the company is committed to urban social development, each project also includes infrastructure that provides other benefits to the population in terms of road safety, waste collection, and multifunctional leisure spaces. For example, some sports fields and pedestrian crossing extensions are made of porous materials that allow rainwater to infiltrate. 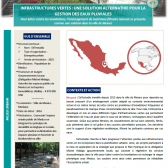 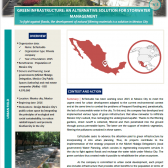 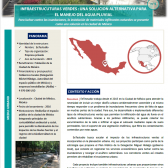 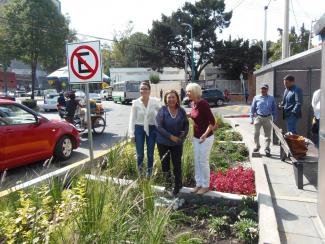