Groundwater overdraft in China has occurred since the 1960s, when the central government encouraged farmers to build tube wells for irrigation. By 2013, 24 provinces of China were touched by groundwater overdraft. To recover depleted aquifers threatened by overexploitation, the Chinese government implemented the Pilot Project of Groundwater Overexploitation Control (PPGOC) in Hebei Province from 2014 to 2016. When the pilot period ended, the groundwater table had been positively altered by integrated measures taken in Hebei. The experience is now popularized to other counties and provinces.

In the pilot project, field measures were solutions relying on the services Nature can give. Agricultural water saving activities were undertaken. One principal measure was plant pattern adjustment. In Hebei, the traditional plant pattern for the farmland is winter wheat and summer maize rotation. Precipitation is very low in dry season when winter wheat grows, thus needing more irrigation. That is why a plant pattern adaptation was set up in Hebei counties. The farmers stopped to plant winter wheat on 130 000 ha, which enable to save the groundwater exploitation for 2700 m3/ha. Instead, they set single cropping pattern of corn, peanut, sunflower or plant grass for meadows. They also replace the crop with forest and hay, which use far less irrigation than the winter wheat and maize. Between 2014 and 2016, 34 000 ha of farmland were replaced by forest, hay and medicine herbs. Moreover, intensive practices were abandoned, and replaced by cover-cropping and no-till cultivation. Indeed, straw incorporation and no-till practice are very useful for saving water in agriculture. During the pilot period, 83 000 ha of farmland implemented these activities. 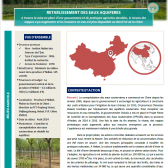 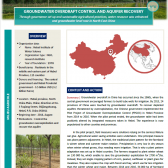 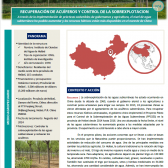 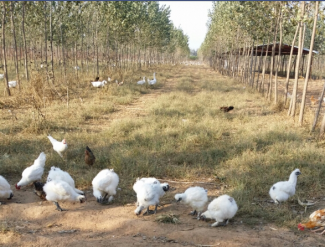