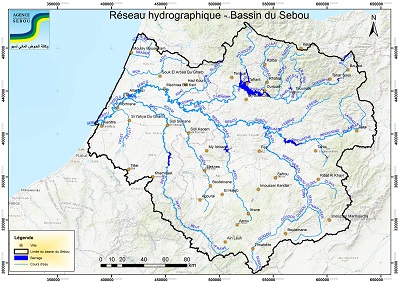 The Saïss basin covers an area of 2,200 Km2 and is home to a population of about 3 million, 72% of them in urban areas and 28% in rural areas. This basin features an aquifer system of major socio-economic importance, partly due to its contribution to the drinking water supply of the cities of Fes, Meknes and neighbouring agglomerations, and partly due to its role in the development of the agricultural sector, for which the plain has an overall potential of about 160,000 hectares, including 50,000 currently irrigated from elsewhere.

A succession of annual droughts since the 1980s and anarchic use of water has led to the overexploitation of groundwaters. Annual figures for the Fes-Meknes water table show a shortfall of around 100 Mm3/year. This shortage is translated by a continual drop in the piezometric level (average of 3m/year), a reduction in the artisan aquifer, and the drying-up of some rivers and springs. If pressure on groundwater in the Saïs Plain continues at the same pace, it will threaten the water supply in the short and mid terms with negative impacts on farming, tourism, industry, the economy and the environment.

To tackle this problem, a new form of groundwater governance has been initiated. It is based on the participation and involvement of regional and local partners in managing these resources by applying a participatory concertation process involving the establishment of an aquifer contract.

This contract takes a sustainable development perspective to engage all stakeholders and users in defining a multiannual action plan to implement the action agreed on and to define the nature of their mutual commitments in conformity with the framework convention of the contract and the related specific conventions.  Steering and monitoring committees set up at regional, provincial and local levels ensure that the aquifer contract is respected, act as arbitrators in case of conflict, and suggest measures and projects to improve current regulations.

The framework convention of the Fes-Meknes aquifer contract, which was initiated by the Sebou Water Basin Agency (WBA), focuses on four main areas: development of the water available, management and protection of groundwaters, knowledge building, and communication and training.

However, the framework document engaging stakeholders has not been made concrete by an official signature. This lack of political validation has not held back the project to replenish the Saïss Plain, currently under way. This project, which features in the aquifer contract’s programme of action, includes a reservoir on the Upper Sebou and the transfer of stored water to the Saïs Plain. The project currently being implemented should relieve groundwater abstractions thanks to this external input, and includes multiannual monitoring of the effects of the replenishment on the Fes-Meknes water table. This impact needs to be measurable, regularly monitored, and shared with stakeholders.

Although the external inflow (reservoir on the Upper Sebou) feeding into the Fes-Meknes water table at the level of the Saïss Plain is not closely regulated by the Water Basin Agency through the renewal of the aquifer contract and a system of permits and levies, it could involve the following:

The incubation aims to implement a support programme for the Water Basin Agency to consolidate its aquifer contract project, with a focus on the following:

Renewal of the management plan and reactivation of the aquifer contract led by a specific coordinator for:

a) Revision of the contract in concertation with project leaders.

b) Constant awareness-raising of the fragility of water by stakeholders and civil society.

d) Follow-up on the implementation of actions in the contract until its termination. 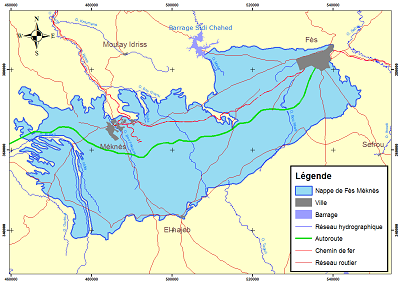 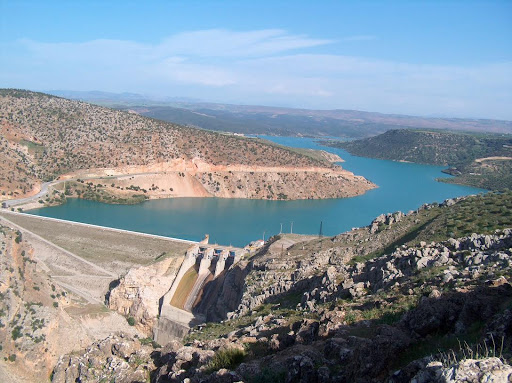 2. Organising the monitoring programme in order to closely analyse the impact of action undertaken on the water table

For the aquifer contract:

For the monitoring part of the project “M’Dez and transfer of Sebou waters to the Saïs”:

All stakeholders and users of the Fes-Meknes water table in the Saïss Plain (farmers, livestock breeders, etc.) – institutional stakeholders